Why Does Pudendal Neuralgia Come and Go?

Where is the Pudendal Nerve?

In my extensive blog titled: “Who Diagnoses and Treats Pudendal Neuralgia”, I answered this question. 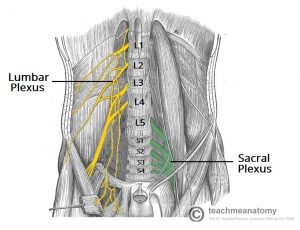 “The Pudendal nerve is the lower section of a series of nerves that come from the lower back and sacrum called the Sacral Plexus.  The Pudendal nerve comes out of the S2-5 area, goes under the Piriformis muscle, leaves the pelvis through the greater sciatic foramen, back to the lessor sciatic foramen, over the sacrospinous ligament, and under the sacrotuberous ligament. 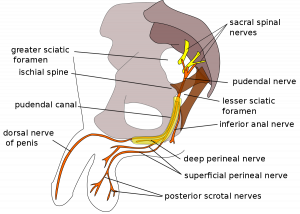 Anywhere along the path, from the lower back and sacral area to the ending of the pudendal nerve (vagina/pelvis, anus, and perineum), this nerve can be pressured on, compressed, irritated, and entrapped causing symptoms that lead to the diagnosis of Pudendal Neuralgia.”

It depends!! And I personally dislike that answer for anything. In the case of Pudendal Neuralgia, the ‘protocol’ to call the condition Pudendal Neuralgia can take a long time at which point, the person can lose the race against time. As stated in my blog; Is Pudendal Neuralgia curable?, “It is important to detect the possibility of the diagnosis and treat the condition as if it is confirmed as soon as possible instead of going through the routine of blocking the nerve. The protocol for diagnosis is improvement by the block however, in my opinion, the inflammation of the nerve does not stay within the nerve and impacts the surrounding tissues as well so it only makes sense to work on the surrounding tissue while the game of “wait and see” takes place.

Typically in a successful nerve block, it takes about 2 weeks for the symptoms to improve and the decrease in pain lasts 2-3 months or even sometimes more. There is nothing lost if, during this time, the patient performs exercises such as Developmental Kinesiology (DNS) to bring stability into the pelvis which is crucial in the health of all soft tissue within the area including the nerves.”

As explained above, this nerve initiates from the sacrum and runs over and under structures within the pelvis to end at the vagina/penis, rectum, and perineum. Anywhere along this path, if getting irritated enough, there will be related issues. The problem is that most often the pelvic floor therapist looks only at the inner pelvic area whereas the presentation of the pelvis, the level of pelvic stability, the functionality of the movement, and the quality of dynamic coordination of movement play a huge role in the effectiveness of the treatment and how long the treatment lasts.

What is the Best Treatment for Pudendal Neuralgia?

The best treatment for Pudendal Neuralgia without any complications must include both internal and external therapy. While the internal manual therapy can address the inner branches of the nerve that may be irritated and inflamed, the external work has to be geared toward providing stabilization of the trunk at rest and in movement. The mistake made is that we tend to focus on the immediate area of pain whereas the whole body, not just the pelvis is involved in the movement.

We need to remember that an unstable ‘house’ will always lead to instability in every ‘room’ and ‘part’. When the whole body is unstable in movement, all the work performed to ‘fix’ the ‘floor’, the ‘circuitry’, the ‘plumbing’, and everything else is compromised. This is a common sense conclusion that for some reason, escapes the treatments for most conditions including Pudendal Neuralgia.

If you suspect you have pudendal neuralgia and want to see what the best treatment option is for you, contact me.

Who Diagnoses and Treats Pudendal Neuralgia?